Reflections on the March for Life

Originally written by Sophia P. for the February 2020 issue of The Veil, the parish newsletter of St. Mary Orthodox Church in Falls Church, VA. 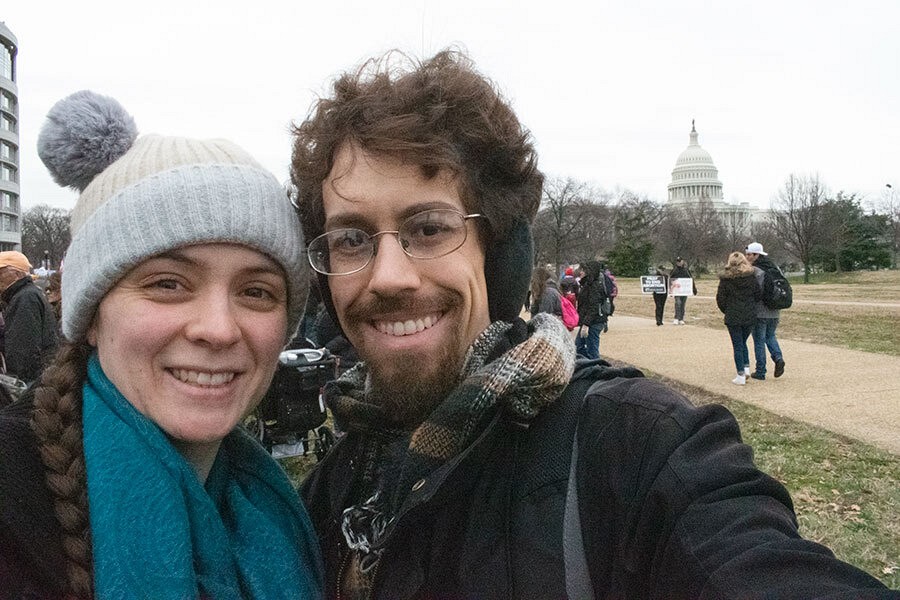 “The virgin Mary is queen of heaven and earth!” a bright-eyed young man in a brown cassock cried out as he walked by, and immediately, cheers of agreement and adoration rose from those around him. I watched on wonder.

I didn’t know what to expect at my first attendance of the March for Life, which is a peaceful protest on the National Mall that’s taken place every mid-January following the conclusion of Roe v. Wade in 1973, which legalized abortion in all 50 states. This year, there are twenty-three state-level marches scheduled, but the National March for Life in Washington, D.C. is the original protest that mothered them all. Many of the faithful began the day (January 24, 2020) at St. Nicholas, the OCA cathedral in D.C., which held liturgy in the morning. It was served by a swath of clergy and brother bishops from many jurisdictions, many of whom would be attending the March, including His Beatitude Metropolitan Tikhon.

At least nine parishioners from St. Mary’s attended the March for Life this year, but we weren’t all able to group together, in part because it was nearly impossible to find each other in the sheer magnitude of the crowd. Tens of thousands of marchers were present.

“Even though major news media regularly ignore the March, anyone in the vicinity could see it was an incredible event,” said Jessica G., a St. Mary’s parishioner chrismated this year.

The variety among the massive throng was a visual feast: I saw college students with matching beanies loudly chanting rhyming pro-life catch-phrases; young children riding on their father’s shoulders; a whole rainbow of rippling Catholic monastic habits with the rosary being prayed through megaphones; feminists, democrats, and atheists against abortion proudly advertising their opposition to their respective groups’ stereotypical stances. Sober-looking folks carried Black Lives Matter signs, and smiling women carried signs reading “conceived in rape”. I saw both anti-vaxxers and pro-vaxxers, liberals and conservatives, young and old, men and women, slaves and free. Thousands upon thousands of incredibly different people stretched into visual obscurity down Constitution Avenue, holding up signs and banners proclaiming their individual nuances of the same uniting point: life is valuable.

“I was really impressed with the youth of the gathering down on the Mall for the March for Life,” said Kristen S., St. Mary’s parishioner since 2017. “It was so cool to see so many ‘kids’ — students embracing the pro-life stance. Truly, it gave me hope.”

Even after the Catholics were out of earshot, their prayer circulated in my mind: “Hail Mary, full of grace, the Lord is with Thee. Blessed art thou among women, and blessed is the fruit of thy womb, Jesus.” What an incredibly potent prayer! It is a strange and wondrous mystery that anyone should be able to give life at all, much less to Life itself.

“The existence of abortion perpetuates and continues a society in which women’s greatest gift — the ability to give life — is diminished, disrespected and disregarded —and discriminated against in the workplace,” Fr. David said in a somber reflection during the Sunday homily following the March.

That God can become incarnate as a little child through the womb of a woman should fill us with both fear and hope in what can come forth from us. The fruit of the womb of our lives can be blessed and life-giving, but it may also be rotten and death-dealing if we lack care. May it not be so — God, be our Helper!